Even the head honchos get hungry

We have a strong network of local vending operators throughout the Australian Capital Territory, which means you will receive superior service wherever you are located across the state. 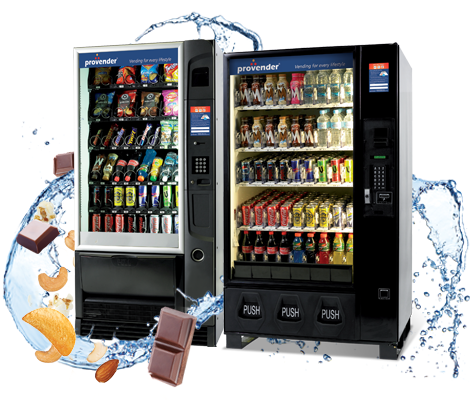 The Australian Capital Territory is home to Australia’s capital city of Canberra and is the country’s seat of government. Canberra was created in 1908 as a compromise between the cities of Sydney and Melbourne and that history shows in its design, which has been carefully planned. The city incorporates luxuriant gardens and dedicated areas where natural vegetation can thrive, earning it the title of ‘bush capital’. The city is home to Parliament House as well as other important Government Institutions, meaning that it has a high proportion of civil servants. Provender has a lot of experience in the government sector, with established partnerships providing vending machines to many public enterprises. We understand unique issues such as security – all of our operators undergo the essential screening and induction processes required by government. We have local operators in the ACT who own the franchise, ensuring continuity of staff as opposed to contractors. Provender is also adept at tailoring a vending machine to a range of preferences. We stock leading brands such as Coca-Cola, Pepsi, Schweppes, Smiths, Mars, Nestle, V and Red Bull. So your employees will always have the option of an afternoon treat! We also offer a range of healthy alternatives so that they can stay refreshed in a nutritious way.

Interested in owning your own vending business in the Australian Capital Territory?

Provender will give you the security of being part of a nationally trusted brand. Benefits include the freedom to operate the business out of your own home and having access to continued support from national office. Contact us today to find out more about becoming part of the Provender success story.
LEARN MORE ABOUT FRANCHISE OPPORTUNITIES HERE
Get your FREE vending machine today! Enquire Here

Provender is a market leader in cashless payments, including payment Apps from Smart Phones.

Provender caters to a range of palates and carries healthy, low-calorie snacks as well as more indulgent treats.

We specialise in healthy vending options

Provender has developed and introduced a range of healthy snacks under our ‘Lifestyle Balance®’ brand.

We don’t clock out. Ever. With Provender you have the security of 24hr local remote monitoring and support.

Get your FREE vending machine today!

Whether you would like a vending machine for your office, guest house or university campus, Provender make it easy. We offer complimentary delivery, installation & ongoing service.

See what other products we have available